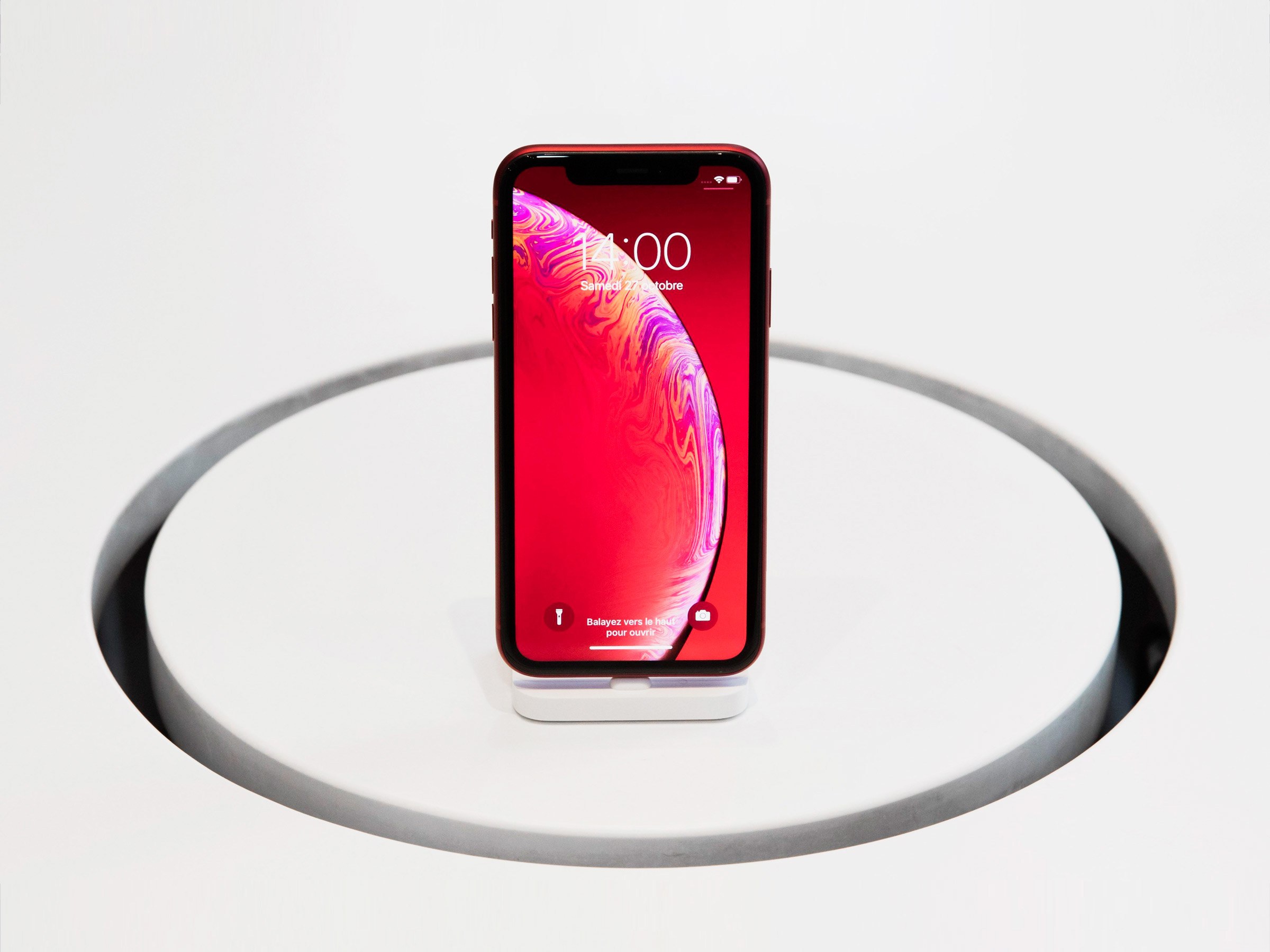 Apple found itself in a position earlier this year when it was revealed that the company hired the third-part contractor to rate the Siri voice recording of the users. As it gets rumors the user felt that their privacy is violated. Then Apple had a word for the users that the new update will allow deleting their Siri recording, history and opt-out of grading.

As promised Apple released iOS 13.2 and iPadOS 13.2 which finally made those features available to all iPhones and iPad.

Why Delete Your Siri History from iPhone and iPad

Earlier this year, a whistleblower revealed that Apple hired the third-part contractor to rate the Siri voice recording of the users. These recordings of Siri reveal the private information of users without their permission.

Apple inserted this clause into Siri’s term and condition to trace its audio interaction to grade and improve Siri. Although Company was ensuring that the recorded personal information can not trace the original users. After the entire failure, Apple strengthened it’s Siri grading program and it now no longer automatically saves your Siri audio recordings.

Apple doesn’t send all the recording for the testing but sends a small portion for the grading and to enhance the recognition of Siri and voice. After all, if your Siri and dictation recording are not too convenient to be stored on the Apple server. Then you can remove it from your iPhone or iPad. While you might like to stop sharing the Siri conversation and dictation with Apple. Then below here are tips for it:

How to Prevent sharing Siri Audio With Apple from iPhone 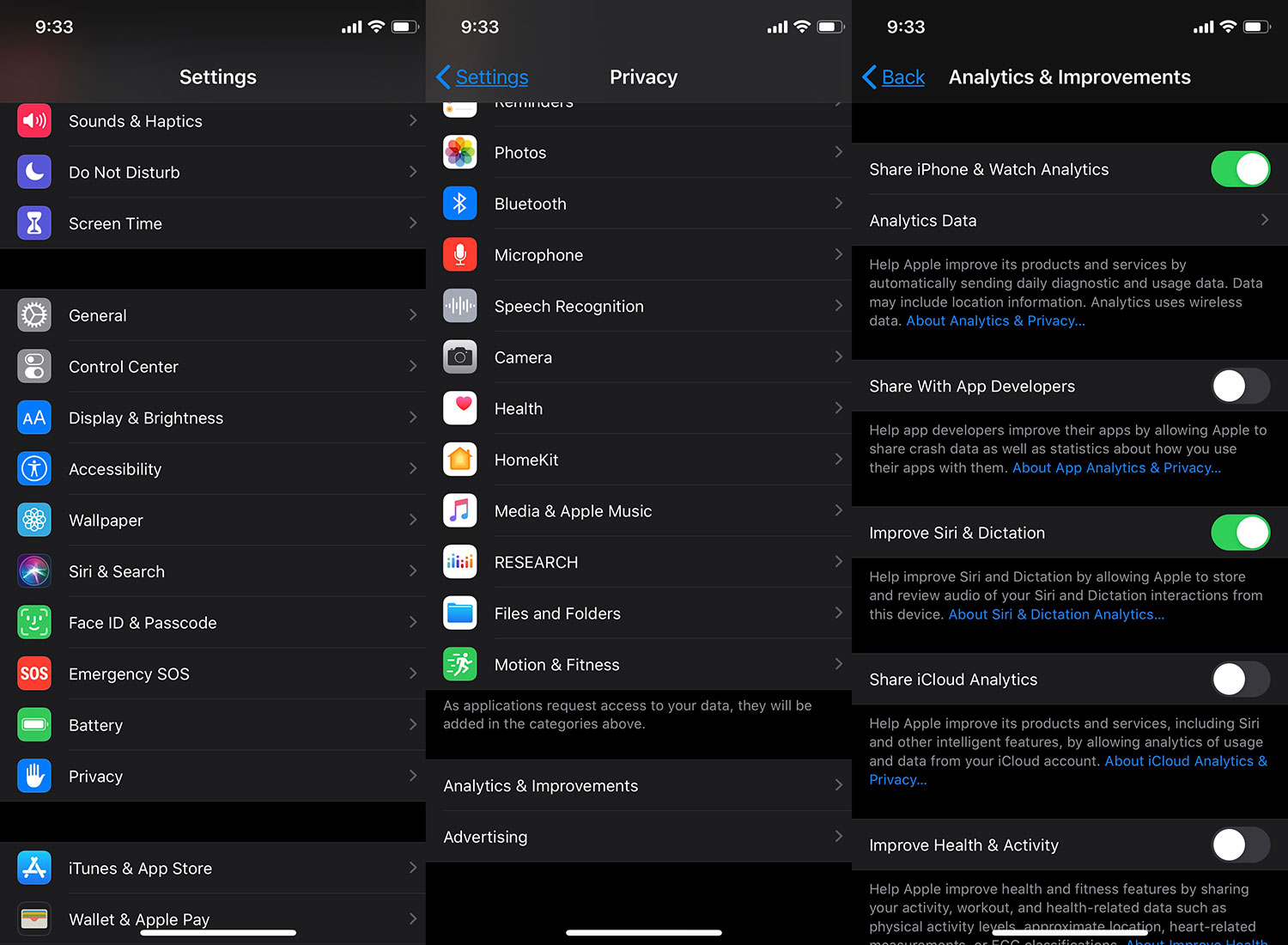 Step 1: Unlock the Settings app and to Privacy -> Analytics & Improvements.

Step 2: Flick over the  Improve Siri & Dictation option to off it.

When the  Improve Siri & Dictation is turned off then Apple will no longer store Siri audio recording for the grading purpose too.

How To Clear Siri Audio History from iPhone 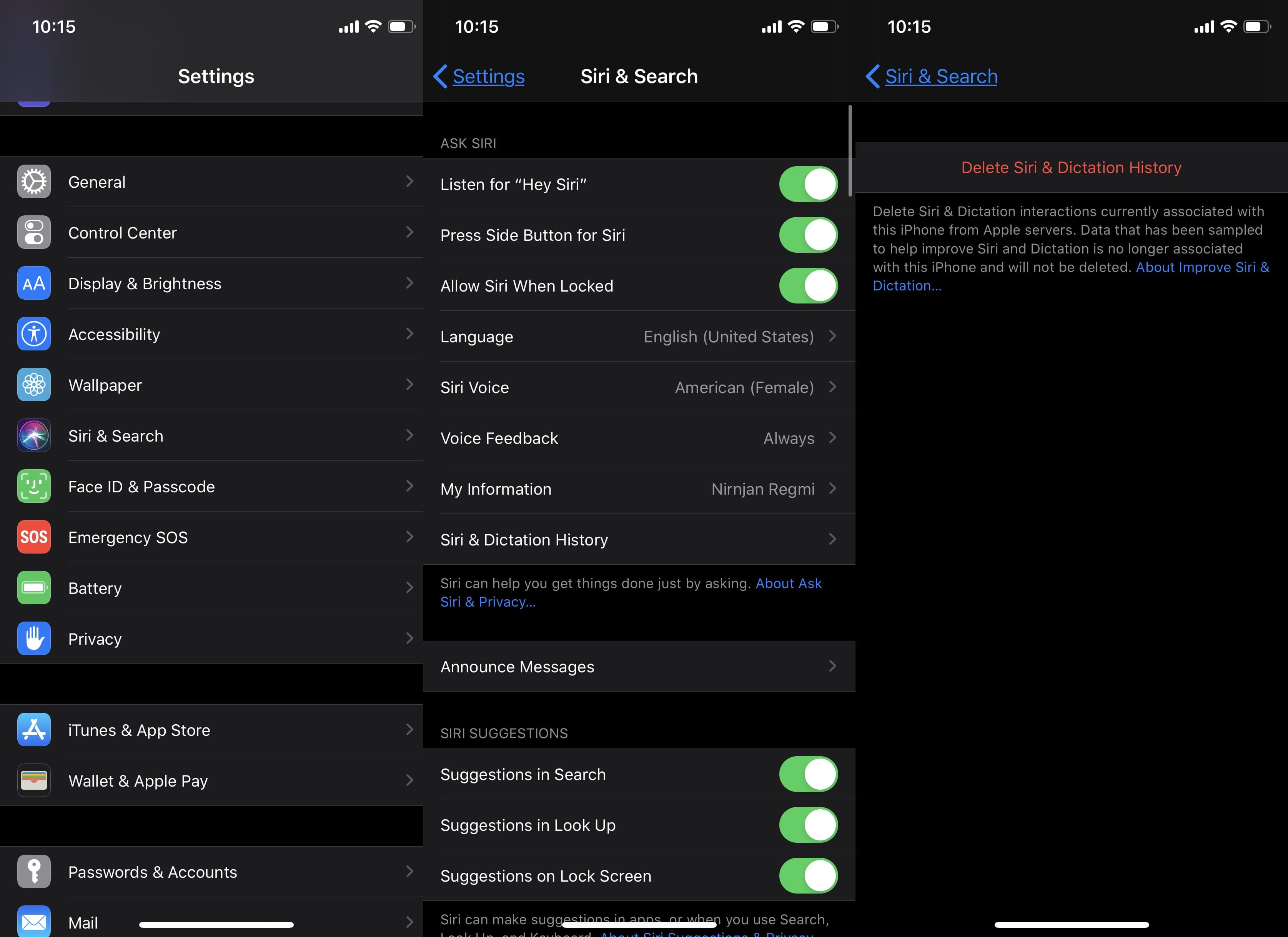 Step 2: Simple tap on the Delete Siri & Dictation History. Verify your decision by pressing the option from the pop-up dialogue box again.